Let’s talk God today – some of us put all our faith into God, some of us don’t believe his existence, some dwindle in between and trust God as per convenience, some fight wars for their Gods and that’s the most funny horror human kind lives……most of them believe their God is superior and use invective words for others’ Gods.To take over this psyche, silver-tongued self proclaimed Godmen and Goddesses add to the already messed up society. They literally hypnotize masses who in turn lionize them. This game sounds pretty harmless, but it’s not the case. Anyways, we are not discussing the grotesque manners God is defined by this section…..so what exactly is God!! What do you think when we are told by all ancient scripts that God is within us…. I feel that’s exactly where the answer lies.

We are connected to this entire universe through five elements – Earth,sky,air,fire, water.In Hinduism, God is called as Bhagwaan – which is actually an abbreviation for these five critical elements of nature. It’s a Sanskrit word wherein Bhu=bhumi=Earth, Ga=gagan=sky,Va=vayu=air, Aa=agni=fire, Ne=neer=water .So basically as per the ancient most way of living i.e Hinduism God is actually nature. So the real devotees would be people who can live in coherence with these basic elements of nature.To put into perspective Hinduism is not a religion as it’s made out to be in modern times. It’s rather a manual for good living. Let’s attempt to decode the facts laid out in this manual.

Earth gives every being the ground and gravity to live.It provides fertile surface with ample food for survival and also to produce food.It serves as a reservoir for rich healing minerals.The sustainable manner in the way earth functions is flawless.Nothing is less and nothing goes waste. Earth is a grounded giver which builds, heals and sustain life in an impeccable way.

When we look at the sky, we see infinity. It’s up there and beyond to no-one knows where. It’s magical and intriguing to the extent that we can star gaze for hours and hours and still wonder our existence.The universe, though a vast entity still connects with us very closely. We are forever curious to know,what’s in there and instinctively believe our lives are being run by some super powers in there.Practically speaking, earth rotates in space at 1000mph and revolves around sun at 67,000 mph and this is no less than a magic. Isn’t it? Our milky way galaxy is moving through space at 1.3million mph…. If this is not divine then what will be.

Air is the optimum mixture of gases which ensures sustenance of life on our planet. At least so far we think so, as we haven’t find life forms elsewhere in space.Inhaling and exhaling and repeat… That’s life!…a process we begin the moment we are born until we die.

Fire is an element that burns everything to ashes which is no longer serving it’s purpose and breaks it down back to simpler forms.A tamed fire is fuel for several activities we do to sustain our daily lives. Fire in the belly pushes us to scale the heights we dream of. It’s easily other name for grit and determination which wins over talent undisputedly. Fire has dual nature of destruction and construction as well and that’s what makes it unique and Godly.

Water, as we know, sustains so many life forms. It’s this medium, which is said to have cradled first life forms with its unique delicate nature.Water flows and the flow is so dynamic that it helps so many life forms to flow in it and yet again water itself flows within all life forms.We humans, are 60 percent water. The flow of fluids and important nutrients determine life quality which is facilitated by water, so that’s the level of importance water holds.Water cleanse us inside out everyday by means of sweating and excretions to get rid of toxins……. tears to shed the stress away and let go of the things which doesn’t matter much, as we all have God within us and around us.

This is what God means to me and when we say that we never die it actually means we are born with these five elements within us and at the end we simplify back to these elements and reform again…. the cycle repeats and repeats…. 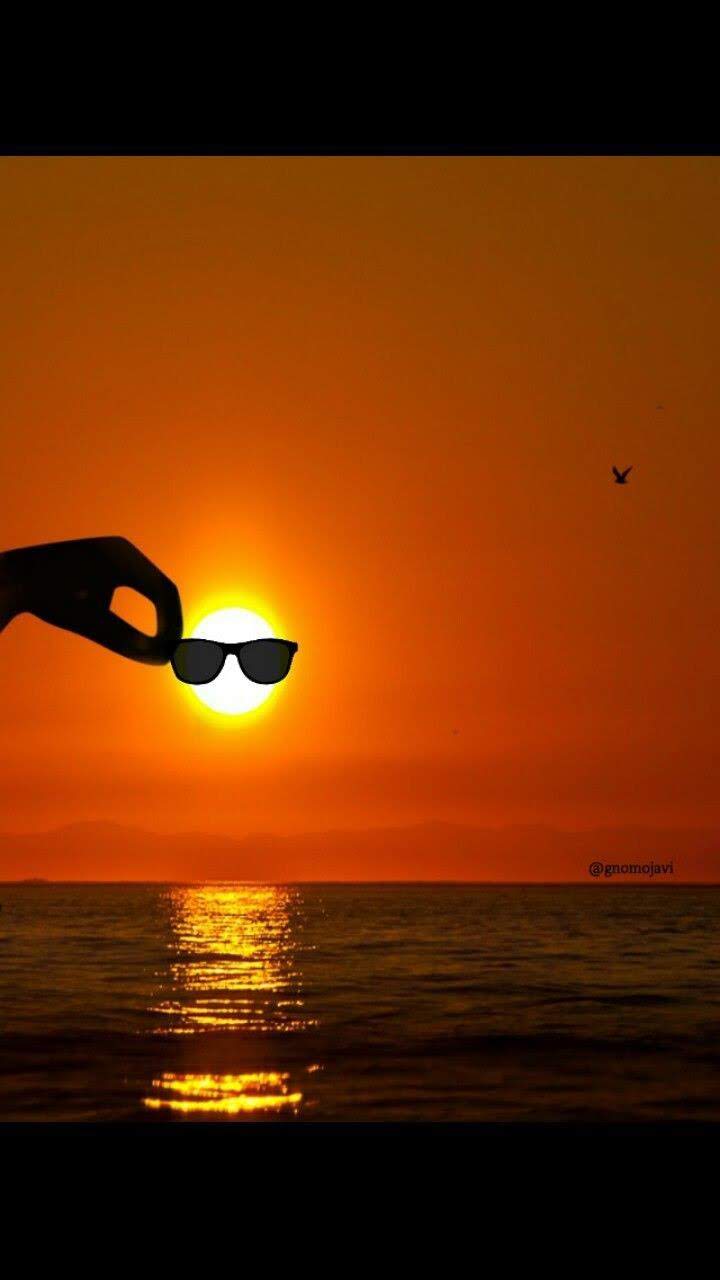 As I find some morning solitude ….and I see myself taking a long walk into the woods embracing the nature.Stopped by the cliff, I am enamoured by the sound of the waves and the enigmatic sea view. I couldn’t wait further to click as many frames as I possibly could….the frames were magically changing hues at the same location as the sun has begun to rise and it seemed as if on a blue and green coloured picture someone has gradually poured golden glitters. As the day got brighter the solar aura takes its mighty position above everything else….. Enhancing everything else around!

Solar energy, as they call it, literally is seen around in the fresh breeze of the air as it gets warmer , agile cacophony of birds chirp ,the white outlined frothy waves rush to cover the coastal sands,moist air is getting warm and condensing to wipe clean the leaves of all the trees.The curled up sleeping leaves open up like wings to embrace and swallow the photons.Everything be it plant or animals are looking forward to this energy and welcoming it. Each sunray- a complete divine blessing and immensely energetic resource we are gifted every day to begin with.

There’s a beautiful synergy in action between these extra terrestrial rays and the entire flora fauna on our planet. How enigmatic to notice these magical rays affect each and every thing on earth be it living or non-living.We all believe there’s a super power that’s running our lives. It’s actually these energetic Solar rays. They are food for our food producers ie plants and this is how life energy flows into our ecosystem.

We all know this magnificent set up very well but are mostly very oblivious about it.We keep on praying to the divine to bless us and take the blessings given for granted.A thoughtful glance around will give us an insight how blessed we are and how the divine superpower is working effortlessly around us in total silence and humility to keep the entire ecosystem balanced.The balance that is so flawless and perfect.

As species on roll,we Human beings gets a high as we work on technology and create devices or mechanisms which give us short cuts to live in leisure. These creations give us a moment to cherish close parity with the pro creator but we miss that our creations are mostly from our perspectives and mostly do not meet the parameters ecology needs for full sustainability. That’s the reason we end up disrupting many areas in order to set one right… and sadly we have developed a disease to continuously disrupt natural balance …we are almost unstoppable species now. After all we have to remain self proclaimed intelligent species.May sanity prevail and we learn to live in accordance with the divine shine and it’s blessings by simple rule of following our natural instincts.